ART AS ANODYNE FOR A YOUNG PATIENT: A Girard Anecdote

Anecdote and image shared by Carl P., 2019, and used with his permission.

Bill (Girard) was a very special person indeed and also my cousin.

In 1972, as a teen fascinated with things that went boom, I suffered an accident making homemade firecrackers which nearly blew my left hand off… Multiple surgeries later the hand was salvaged…

It was summer, 1974, and I was lying in a Detroit hospital bed recovering from what I believe was my 12th surgery in a little over two years. Ironically, perhaps, it was the evening of July 4th and from my window, I could see flashes of color in the night sky that told me the annual fireworks show on the Detroit River was in full glory. There with me, alone, and not with his own family enjoying the holiday, was Bill.

Beyond that - July 4th, hospital, fireworks, Bill - other memories of that time and day have long since faded. What keeps those July 4th memories alive is a gift Bill gave me that lonely holiday evening. A pencil sketch of a dance-hall gamine, in a saucy pose, flashing a devilish grin.

I assume Bonnie (Ed: Girard’s wife) was the source of inspiration. Perhaps Bill was recalling his youth and his courtship with Bonnie, to raise the spirits of a teenager, lying in a hospital bed, who probably thought his chance for love was over. (Ed: Compare this image to Judy in the Stars. The hand on the hip, the bikini bottom and boldly rounded nose also appear in that painting.)

I call her Joan, because she reminds me of the character Joan Blondell played in the late '60's television show, Here Come the Brides. I've moved around the country quite a bit in the last 40 years, shedding a lot of possessions in the process. Joan however, I've always kept with me. Not always displayed, but always close.

On the left side of the image, opposite the “V” created by the crossing of Joan's arms, is Bill's fingerprint, probably his thumb. Bill drew this while entertaining me in recovery and wasn't necessarily being careful where he placed his fingers. It was a whimsical drawing for a kid. I think the imperfection is perfect. 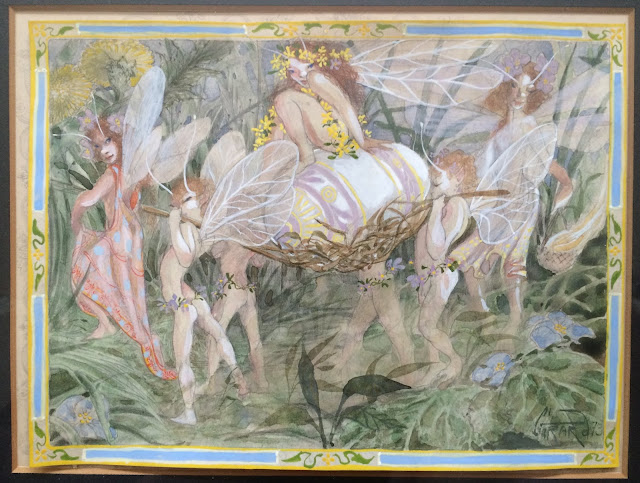 Introduction:
Fairyland is sponsoring an exhibit of three Bill Girard paintings, based on  Shakespeare's A Midsummer Night's Dream. Mortal tourists are about to get the guided tour ... and perhaps learn more than they intended. But it's not too late! You can still join them. (Crash the gate!)

Welcome, friends, to Fairyland! My name is Robin. I’m leading your Fascination with Fairies exhibit tour.
Take no offence if I hover overhead. I think you’ll find it easier to hear. When we were young, Big Folk loomed large. Today, to us, you’re walking walls.
You use your legs. I’ll stick to wings. Stay close. Don’t stray. Enjoy this placid odyssey.
Child:
Mommy. Mommy. There’s a butterboy!
Robin:
This Fascination with Fairies … And you, child, are a budding bard.
This exhibit explores four works by Bill Girard, our sweet, departed friend. Of course, you’ll see the paintings. We hope you’ll also glimpse his art…
Read more 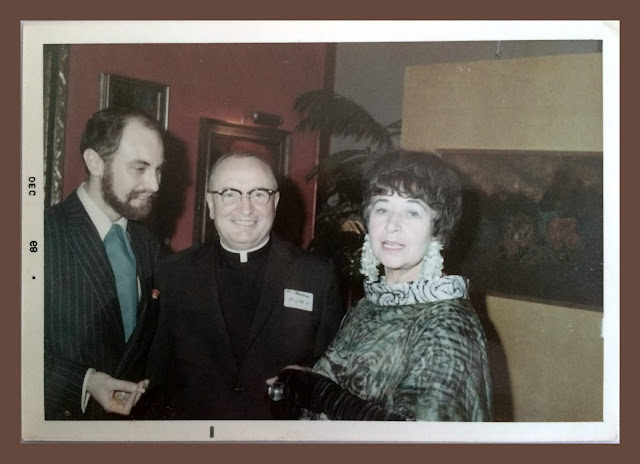 The composition is one part whimsy, one part marvelous brushwork, and two parts savage reminder of our species' propensity to fall into depravity.
A city burns. The world seethes. Center stage, you see a fat-faced king seated on a throne, holding a pinwheel, attended by an evil ass (aka malevolent donkey).
A busy…
Read more 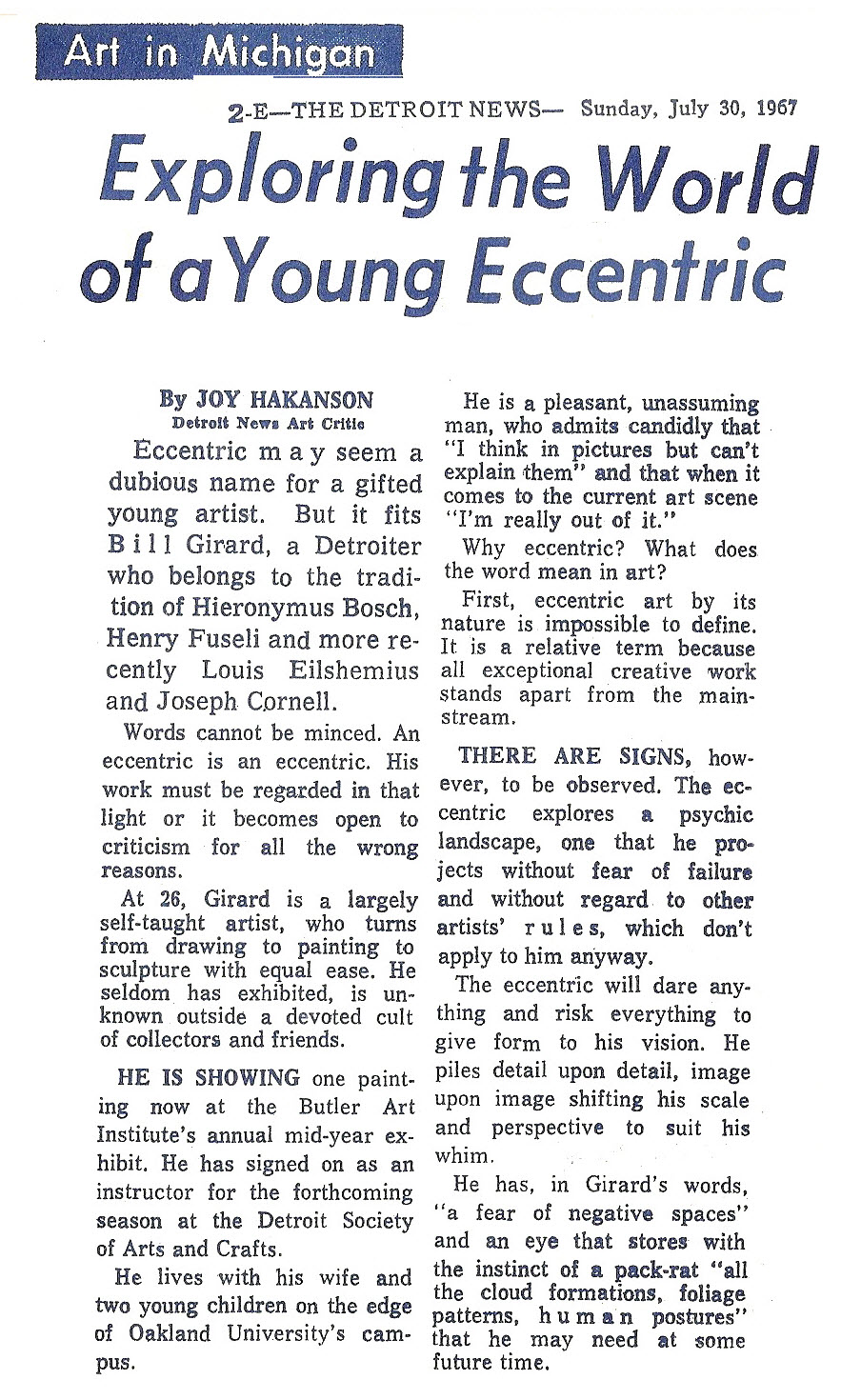 This is the first high profile review of Bill (William J.) Girard's art that I am aware of.

The occasion: Girard's inclusion in the Butler Art Institute's mid-year art exhibit and his addition to the teaching corps of the Detroit Society of Arts & Crafts.
In retrospect, her closing paragraph seems particularly prescient.

Girard's kind of art or loathes it,

he is someone to respect

in a world that fights for freedom

but humiliates its prophets."

For some insights into some of the heaping helpings of humiliation Bill swallowed, peruse my previo…
Read more